(First published on the Easy to Love but Hard to Raise blog (now private), by Adrienne Ehlert Bashista.) This was written when her son was about 10 years old.

My child has a default setting, and it is NO.

If I didn’t know better, I’d say he had ODD, or oppositional defiance disorder. Many experts – psychiatrists, psychologists, therapists, and others – have suggested he has ODD in the past. He certainly has all the characteristics – but in reality he has FASD, fetal alcohol spectrum disorder. What looks like ODD is a result of chronic frustration from living in a world that expects “typical” behaviors from an atypical brain. Saying NO is what he does when confronted with people expecting more from him than he can actually do. Being angry and sad and frustrated are actually normal responses to chronic misunderstanding. So labeling him with ODD is not very useful as it doesn’t lend understanding. It simply describes behaviors. It doesn’t look at the WHYs, and I’m not sure that it looks at the WHAT-TO-DOs. In my experience, understanding the WHYs is what drives the WHAT-TO-DOs.

So here are the WHYs:

When I, and other people who train about FASD and the brain, talk about FASD we often split up the behavioral symptoms of brain dysfunction into 3 different groups. This is based on research done by Ann Streissguth and others, and described by Diane Malbin, my mentor and trainer. An excellent scholarly article on secondary characteristics, by Christie Petrenko and her colleagues, can be found here.

First are the primary characteristics of FASD. These are directly related to brain differences and although they vary from person to person, they include slow processing, problems with memory, sensory differences, impulsivity, developmental lags, or dysmaturity, difficulty with language and communication, poor executive functioning, and difficulty with abstract thought. Each of these brain functions show themselves behaviorally. The person with slow processing may not be able to answer questions quickly, which might look like the person is ignoring the question, or ‘not listening.’ The person who is dysmature and who has language difficulties may be able to superfically engage in conversation at his/her chronological age (due to mimicking or good expressive language skills), but may have little understanding of the content of the conversation, leading others to believe he/she is “getting it” when they are not. Later, when the person with FASD is supposed to remember the conversation or apply what he or she has learned and cannot, it is interpreted as deliberate and willful disobedience.

We help the person with FASD by understanding brain differences, accommodating their very real physical disability (because the brain is part of the body, right?), and structuring their environment for success – just as we do for any other physical disability. We quit assigning motive for what they cannot do. We give them the benefit of the doubt.

Secondary characteristics – like what looks like ODD – are behaviors that result when primary characteristics are misunderstood as being on purpose, intentional, or manipulative. If a person’s needs aren’t met, that person gets frustrated, angry, and shuts down. If this happens time and time again, and if that person is punished for things he or she simply cannot do, frustration and anger increase exponentially. This is a normal response to having one’s needs be unmet.

Tertiary characteristics of FASD are the very unhappy endings of chronic misunderstanding and frustration: jail, homelessness, addictions, and hospitalization.

It’s really important to understand FASD in this way – it’s not a mish-mash of all the symptoms. It’s not an inevitability that the person with FASD will become an addict or have to go to jail. It’s primary differences in the brain, what happens when those differences aren’t understood and needs aren’t met, and what can happen when those needs aren’t met over a long period of time that determine the outcomes.

Let me explain, using my child, and all his NOs, as an example.

Here’s how this works in real life:

Saying NO started when he first began to talk, around 3 (notice that he was a late-talker, which lead to more frustration, which lead to more NOs) and although we’ve had ups and downs over the past couple of years in terms of the level and intensity of his opposition, it pretty much continued unabated until he was about 9 years old.

What hasn’t continued unabated has been our response to these NOs. At first we went with the flow. After all, saying NO is very normal behavior for toddlers and pre-schoolers, as are tantrums and screaming.

As he got older, and the NOs became more frequent, our next tactic was to be frustrated, to say NO back, to punish, to give consequences, to be angry and sad and frustrated…and we did this for several years. A very LONG several years. It didn’t work. It made it worse  The harder we pushed, the worse he felt, and the more frustrated he became – so the NOs only got louder and longer.

Eventually we (and when I say “we” I really mean “I,” because for better or for worse Mama drives the child-rearing practices in our house) came to a place where we started to realize that there was more to the NOs than him simply being a super-brat. I really wish I could say that all along I believed in my child and knew there was more going on than him simply being “bad,” but this wasn’t the case. It’s only been a recent (in the past 2 years) development that I came to realize he truly, truly can’t help this behavior (see #1-5, above.)

But even though I realized his behavior was beyond his control, that the NOs were not on purpose, that if I waited a beat – 2 seconds or so – he would tell me what he really meant and thought – I STILL handled it wrong.

I’m sure I sounded like the teacher in Peanuts. Because it did about as much good as that teacher does. Wah wah wah wah wah.

If a person’s brain processes more slowly than the typical brain, and if there are particular difficulties in the area of auditory processing, talking is the LAST thing you want to do to get them to change.

It took me about a year to realize that although getting away from punishing him for saying NO was a good thing (and actually resulted in less NOs, believe it or not), talking about it, trying to be logical and providing reasons for why he wasn’t being an effective communicator by saying NO all the time, didn’t work. Not really. I mean, he heard what I said sometimes, and if you ask him in a calm moment how he’s supposed to ask he can tell you, but it didn’t really translate into the behavior we wanted.

That said, here’s what HAS worked through better understanding of his brain:

Now, my boy still says NO a lot. But he says it a lot less. And I’m willing to bet that as the years go by he will say it even less than now.

I’m not sure he’ll ever be a glass-half-full kind of guy, but at least he won’t break the glass before he’s even tried the water. 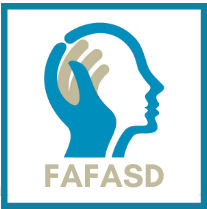 This workshop has changed the dynamics in our home for the better. I would recommend it to anyone who parents or has contact with a developmentally delayed child, including teachers and grandparents.